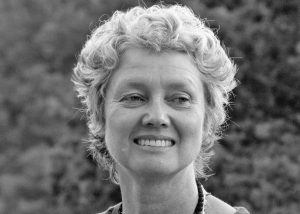 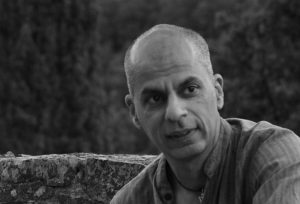 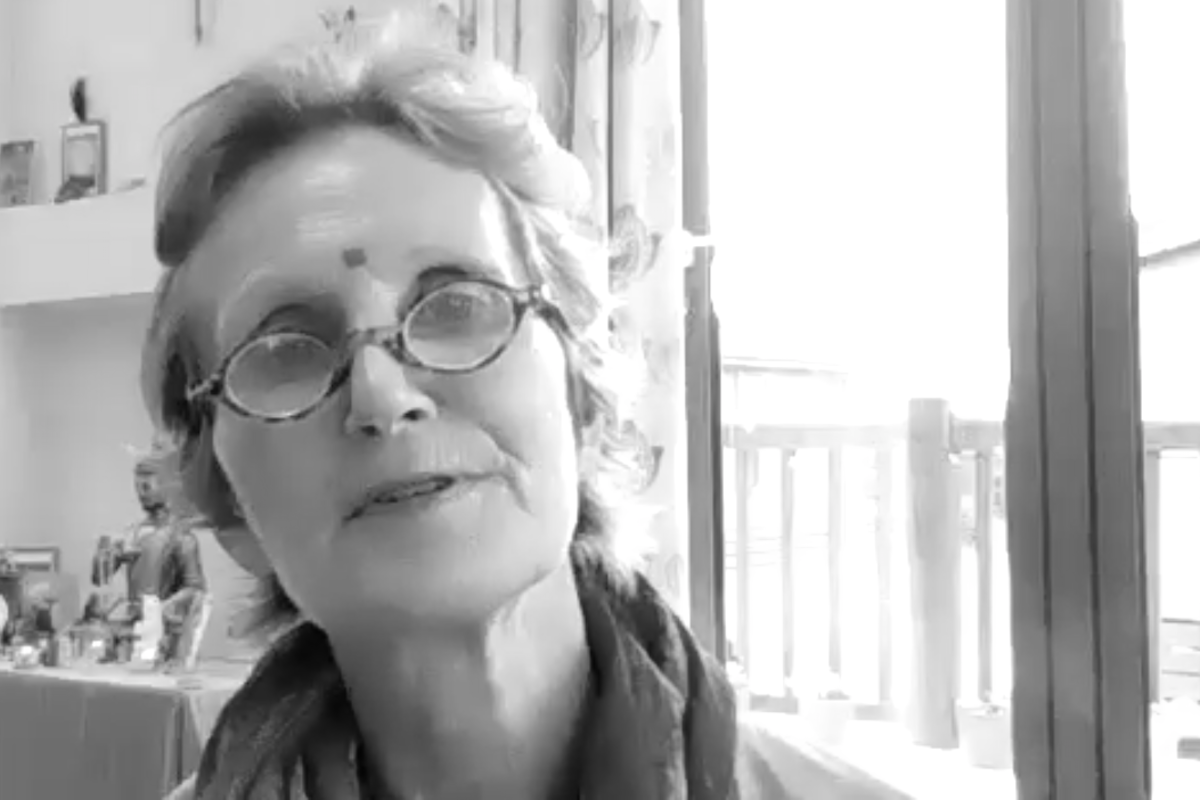 Shaktimurti is an authentic and highly respected yoga instructor who teaches traditional yoga. Her own journey began in 1993 when she suffered a life-threatening illness and turned to yoga, which saved her life. After 12 years at the Rikhiapeeth Ashram in India, she has moved back to the UK in 2021 and works hard to impart the knowledge and wisdom she has learnt to our world which is still struggling with war, poverty and the Covid-19 pandemic. 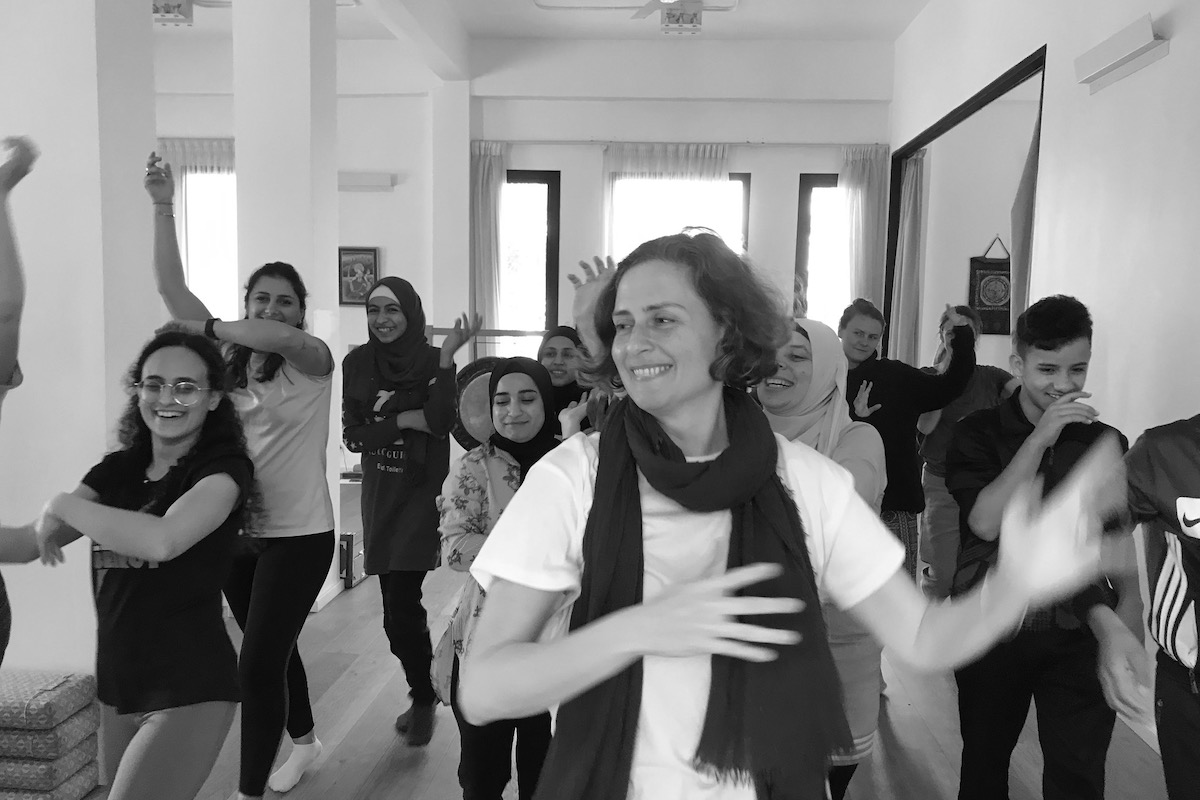 Zena has been teaching yoga since 2009, working mainly in Lebanon with Arabic-speaking populations that have little previous yoga experience. She has a deep faith in the transformative power of simple yoga skills to promote profound improvement in mental health, physical health and community wellbeing. Her teaching style is gentle, creative and playful, sensitive to the local culture to create an environment of safety. She has a thorough understanding of how trauma effects the nervous system and is a certified Somatic Experiencing Practitioner since 2018. 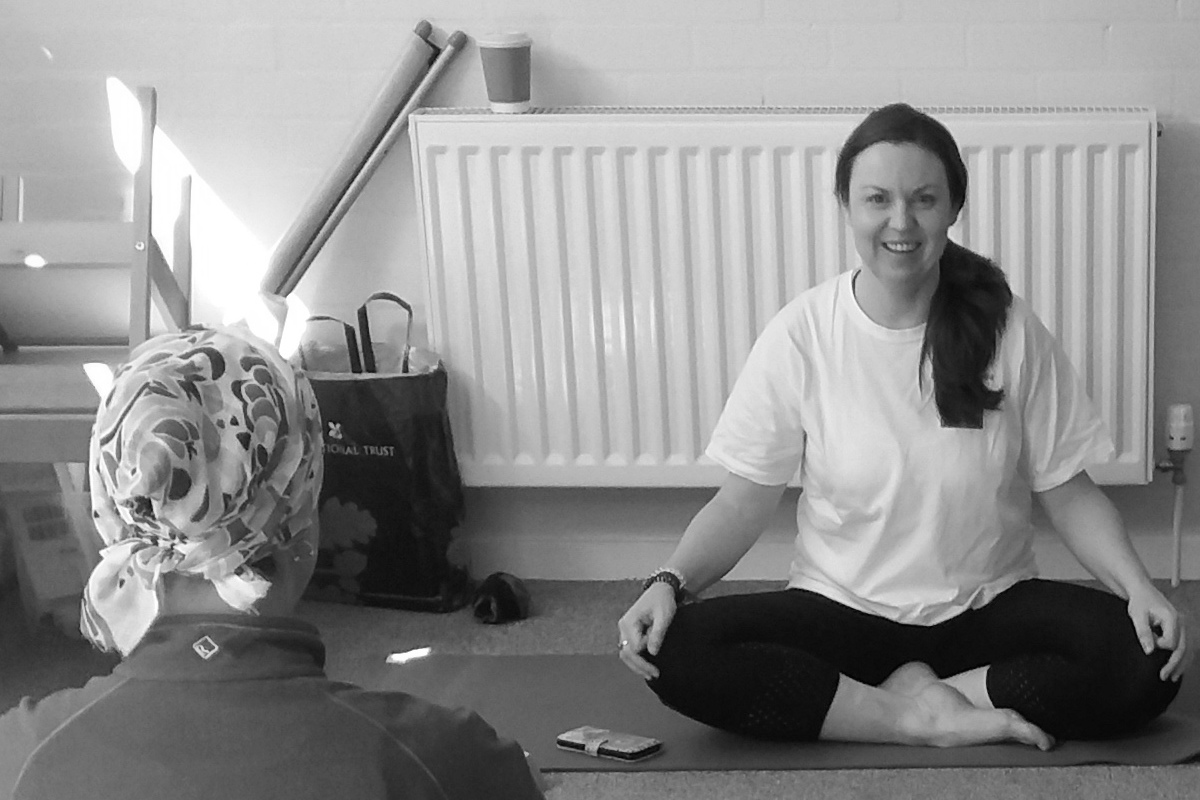 Lynn (Lalitatirtha) teaches yoga to refugees in the Liverpool area in the UK. She immersed herself in yoga and spiritual life in 2010 when she went to live at the Anahata ashram in New Zealand for two years. She completed her yoga teacher training at the Mandala ashram in Wales, and is now teaching the practices to others, especially focusing on those who otherwise would not have access to yoga. 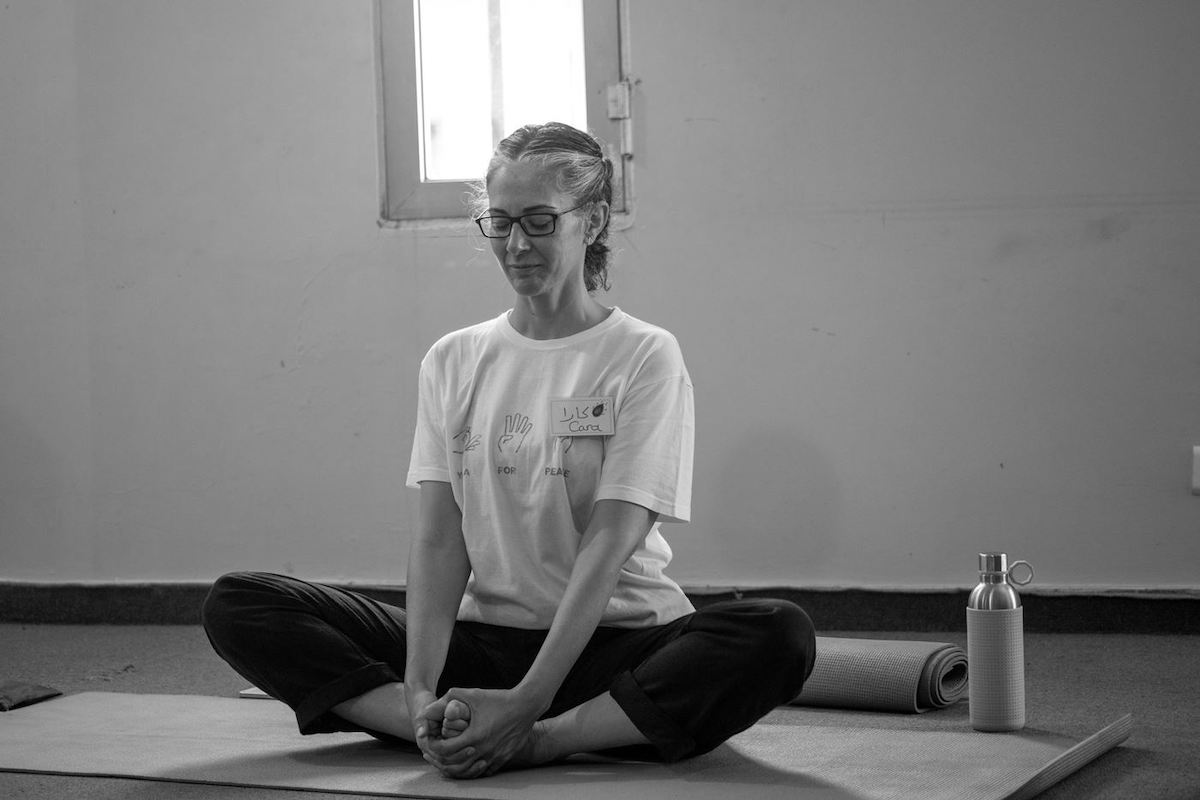 Cara (Pratibha) has been teaching yoga in Lebanon since 2014. When she first discovered yoga, the practice brought out the inner strength and motivation that she needed to reinvent herself after leaving a career as a copywriter. Her wish is to continue to tend to her own inner garden, so she can give her students a taste of the transformative power of yoga and watch them grow into the best versions of themselves. 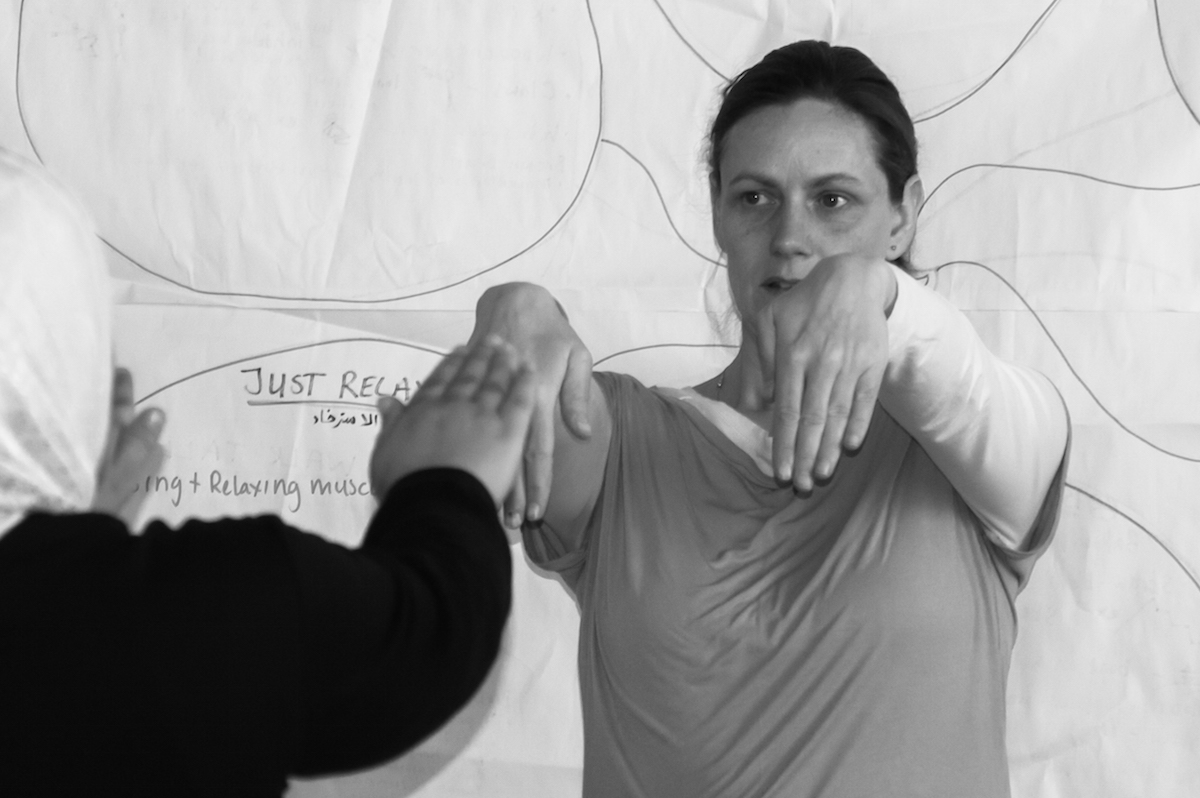 Kerry (Katyayani) has been practising Satyananda Yoga in the UK since 1998. She integrates her training in yoga, psychotherapy and as an art teacher by running yoga and art workshops and training school teachers and social workers in the use of yoga techniques with children. She has taught yoga in primary and secondary schools, for those with special needs or mental health challenges, to teens and children, as well as offering pregnancy yoga classes. She is currently running a Yoga, Songs and Games training for Lebanese, Syrian and Palestinian teachers and social workers in Lebanon. 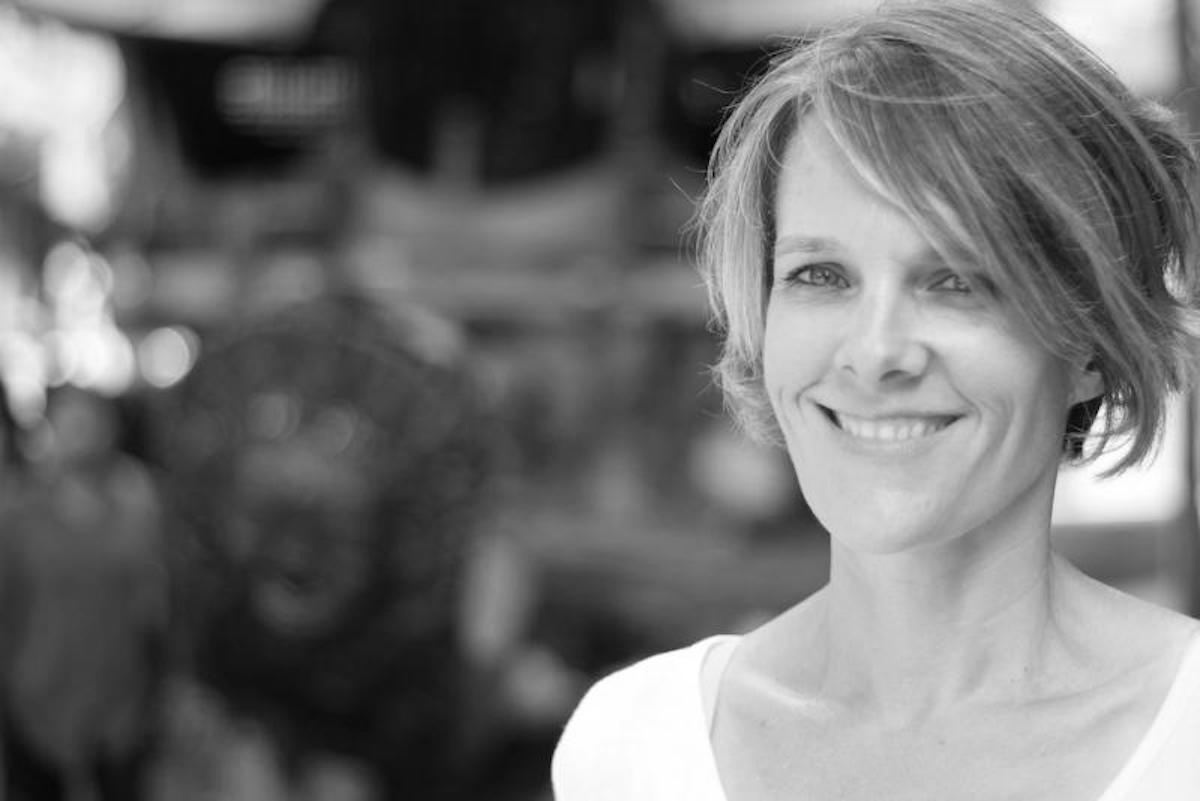 Lisa (Yogatara) is a certified Somatic Experiencing Practitioner (SEP), transpersonal psychologist, as well as yoga instructor and therapist with extensive experience working in Nepal with trauma resolution. Living in Kathmandu for over 20 years, she is the founder and director of the Isha Institute, a centre of conscious living and holistic learning. Yogatara offers trainings, retreats and seminars globally. 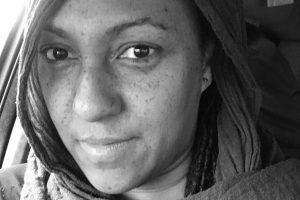 Catherine has been supporting community cohesion and wellbeing in Liverpool since 2005. Initially operating a floating community centre from church halls and other community facilities, Catherine secured a permanent space in 2010. She completed her training to become a yoga teacher with the British Wheel of Yoga in 2012 and Children’s Yoga Teacher training with the British School of Yoga in 2019. She is passionate about sharing yoga in schools, rehabilitation centres, and with refugee networks and other groups that would not normally have access to wellbeing support. 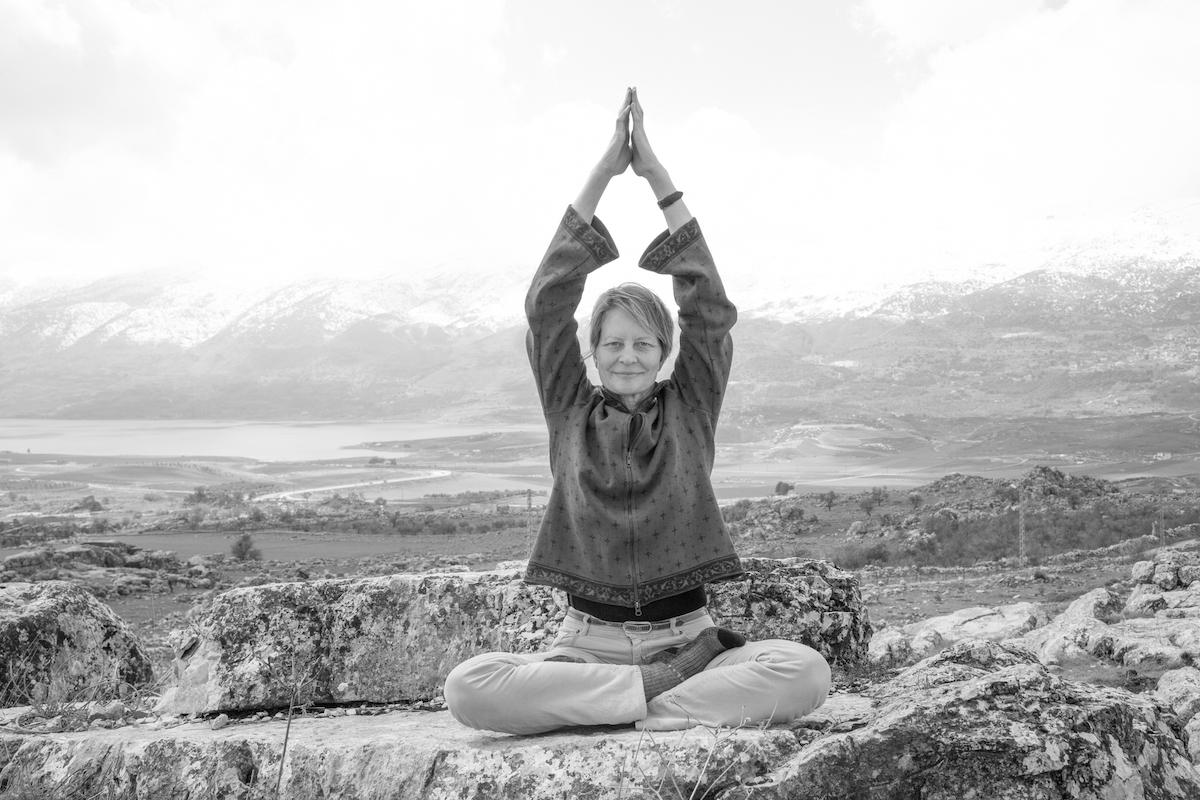 Minna (Mantramala) originally discovered yoga and meditation as a means of maintaining balance under stressful – and occasionally dangerous – circumstances while she worked as an international diplomat in Bosnia, Kosovo and Afghanistan. Yoga has been part of her daily life for more than ten years, giving inner strength, happiness and a deeper connection with life. In 2018, she completed three years of training at the Bihar School of Yoga in India. 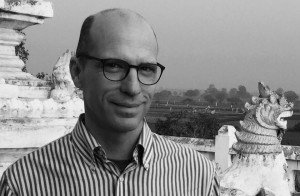 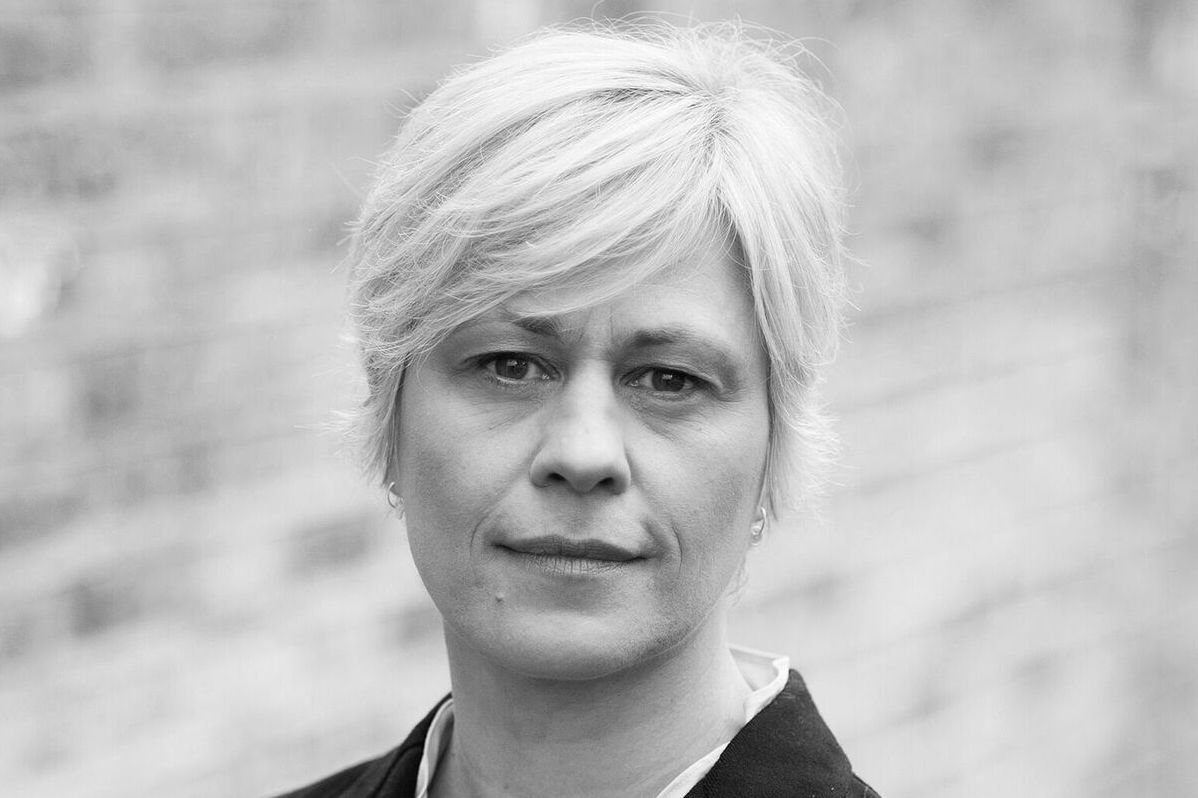 Kristina is a psychodynamic psychotherapist. She provides psychological consultation and treatment in private practice, as well as working at a national health services’ Mental Health Trust in South London with patients with complex emotional and psychological difficulties. Prior to training as a psychotherapist, she worked in international development and the post-conflict rebuilding of war-torn societies. She was herself a refugee from the war in Bosnia-Herzegovina and has lived in four countries. 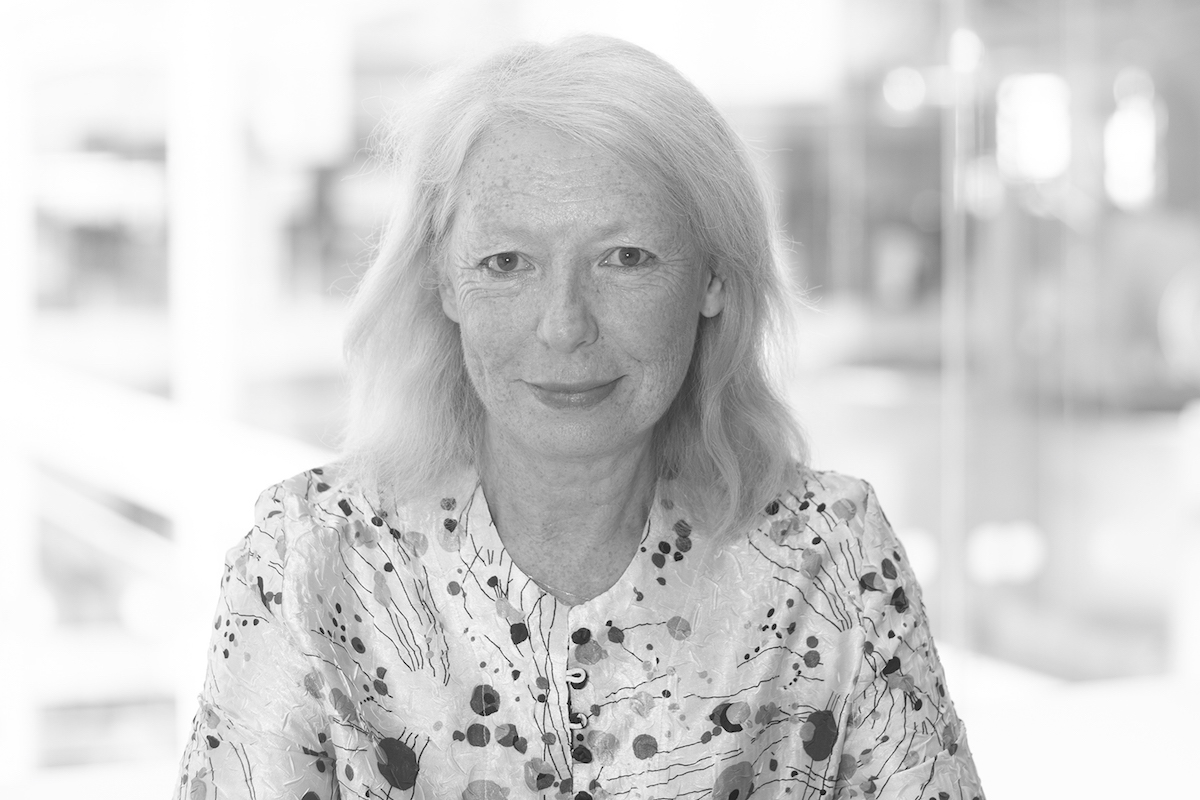 Susan is a lawyer working in-house for a global engineering company. She has practised yoga over the years and finds it a helpful balance to a pressurised office based work life. She believes that yoga and meditation can effect beneficial change in many life situations, both for the practising individual and in communities.